This is going up a lot later than I was anticipating, but life has been a little bit nuts in the last couple days and I am just finally getting a chance to sit down and write! Ahhh!

Last week I had my final week of youth camp ever. I’d be lying if I said I wasn’t sad about that fact.. it’s been one of my absolute favourite weeks of the summer for the last six years. But growing up is inevitable and the time has come to move on.

Throughout the week we unpacked the theme of identity, both as an individual, and as a follower of Christ. We also looked at how past hurts and “smudges” on the metaphorical mirrors we view ourselves in can prevent us from living our lives to their fullest potential. I wish that I could share every single detail from the week but unfortunately, that would turn into a massively long post. So instead, I’m just going to highlight my absolute favourite parts!

1. Unplugged
Upon arrival to camp this year, we were told that we had to hand in our phones for the week. I’m super attached to my phone and it’s a very bad habit but at first, I avoided handing mine in and was just going to keep it in my bunk for the week. However my conscience ate away at me for the first couple hours, so I ended up giving it to the leaders at campfire the first night. And let me just tell you. THE. BEST. IDEA. I love my phone and I love all of the useful things I can do with it, but I get so sucked into the whole social media thing and getting to have a week without Snapchat or Instagram was absolutely heavenly. There were no distractions from the outside world, no inappropriate news articles or ads popping up, no drama to have to deal with or party stories to watch. Throughout the week I was able to truly connect with my friends and with God, without having a phone buzzing every few minutes. But I will be honest, I did whine a lot about not having a camera or music. So. Whoops. But I’m actually really glad that they decided to do that this year because although I was reluctant at first, it turned out to be an incredibly awesome experience, and I wouldn’t have been able to connect the way that I had if I had access to my phone.

Also side note: In the four days I have been home, we haven’t had any internet at our house. I think God is trying to tell me something. What a sense of humour the Lord has haha

2. Solo Time
Each morning after the service, we would have an hour-ish of solo time. We were given questions and scripture to read and respond to, and time to just sit and be alone with God and really process what we had learned in the morning message. The passage for this time was Romans 8, with the main focus being on discovering what our identities are and what negative things we let define us that we need to let go of. We were really encouraged to invite God into this time with us and to listen for His voice, and this time became on of my absolute favourite parts of the week. Every morning when I woke up I would be looking forward to it. Sometimes at camp, you tend to do everything as a group. You go to the messages together. You do your cabin devotions together. You pray together. But I think this time was so extra important because it was JUST US. It gave us the opportunity to spend that time alone with God and to work on our own personal relationships with Him, which is something that Christians should be doing anyways but that can sometime be overthrown by the busyness. So to have a solo time scheduled into each day to ensure that we got that one on one time, was a beautiful thing.

Something that I really got out of this was that we are children of God. I have always been told this and always believed this but it came into a new light this week. I think when you grow up in the church, hearing things over and over again can sometimes change them into things that we just say or repeat from memory, but don’t truly think about deeply or apply to our lives. But this week while reading Romans 8, I saw it in a different light – in having our identity be that of children of God, we have Him as our Father. He cares for us unconditionally and without reason, and there is nothing we can ever do to separate ourselves from His love. When you look at your relationship with God as a father-child relationship it makes it more comprehendible.

3. Wednesday Night
Coming out of two weeks where there had been major God-moments, I was a little disappointed when after two full days at camp there hadn’t been anything majorly significant. I was yearning for the Holy Spirit to move and do something phenomenal, and I knew that God would show His face, but was getting a little impatient. (oops) Then on Wednesday night, we were asked “how would your life be different if you saw yourself as holy and set apart for His work, rather than sinful and destined to make mistakes?” We were given five minutes or so to reflect on that question, and then given multiple ways to respond. The leaders had set up a communion table on one side of the auditorium and anointing oil on the other. My brothers and I went up to take communion together, symbolizing our commitment to take what we had learned back home to our family and apply it in our household. I sat back down after and a few moments later, felt this urge to be anointed. As my counsellor prayed over me and anointed me, I felt freedom. It was like all the things I had been holding in my heart for so long had gone away. All of the negative lies that I believed about my identity, all the mistakes that I had let define me, had been removed. In this moment of saying, “God, You have control, do with my life whatever Your will is”, there was unexplainable freedom.

Afterwards I went back to sit with my cabin, and one of my closest friends asked if she could pray for me. As she did so, she prayed for things I had never told a single soul about. How crazy is that? I had heard stories of that sort of thing happening but had never personally experienced it and let me just tell you. Wow. As she prayed for peace in situations I had never talked to her about, I was so overwhelmed by presence of God in that moment. There’s no other way that is possible without the Holy Spirit. It’s really the only explanation. Later that night at campfire, listening to other campers tell their stories of the same experience that night, the yearning I had for God to show up was fulfilled. He had shown Himself in our little camp. He was there and He was active and He was changing lives.

4. Foot-Washing
For our final evening service, we did foot-washing afterwards with our cabins. One person would get their feet washed at a time while the rest of the cabin showered that person in compliments to which they were only allowed to respond with “thank you.” I love the act of foot-washing and the demonstration of servitude that comes with it.. and mixing it in with affirmation of positive character traits that we had made it different from other times I had done it. It was such a special and emotional time of bonding with the girls that I had become so close to in the past week. When our cabin was finished my friend and I stayed in the auditorium for a while, listening to the praise music, having deep conversations about life, and watching a couple of the boy cabins as they did their foot-washing. Watching some of the guys who I had always seen as being tough as nails now overcome by emotions made me even more emotional and just… it was such a good night!

5. Lightning
On the very last night of camp, there was a massive lightning storm. Anyone who truly knows me knows how much I absolutely adore lightning storms. It was also the eve of my eighteenth birthday so I was just so in love with this particular one. Like wow. Perfect little birthday gift from Jesus to me!! 🙂 I had to walk back to our cabin by myself to grab a hoodie for campfire and it was very cold outside and usually I would complain and try to hurry the process up a bit but this night I really took my time, in absolute awe of the sky and the works of my Fathers hands. Wow.

So to wrap it all up, I just want to say that I am so thankful for all of the leaders who planned this week of camp. I don’t know if they’ll read this or not, but I am so grateful for how they poured themselves into making this week happen and into changing so many lives. I still don’t think I’ve fully come to terms with the fact that I won’t ever get to be a camper at youth camp again but… maybe you’ll see me there as a counsellor in the future 😉

With that, I conclude my camp series for 2017… with much reluctance. I’m so excited about the ways that God moved in the past three weeks and can’t wait for what the next year has in store, and for many, many, years to come as this generation of youth enters their adult years! Goodbye for now, DVM. Thanks for all the memories.

4 thoughts on “The Grand Finale” 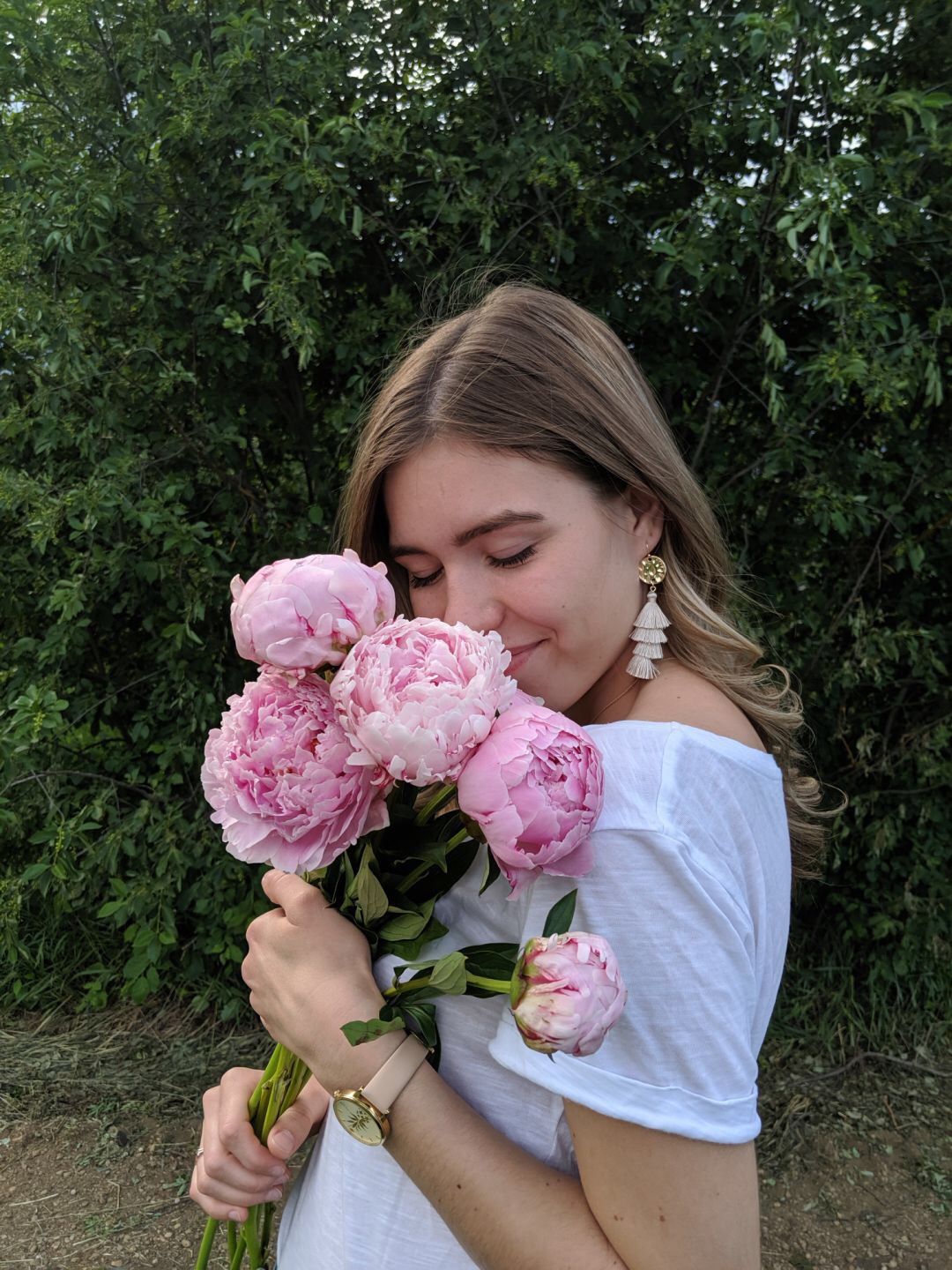